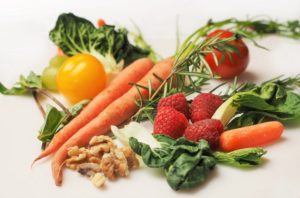 Astaxanthin, which is part of the carotenoid family, is thought to be the most potent antioxidant nature has to offer, and mounting research suggests it has broad-spectrum, system-wide health benefits.

It’s derived from Haematococcus microalgae, which produces astaxanthin as a protective mechanism to shield the fragile algae from harsh ultraviolet (UV) light and other environmental stressors.

Astaxanthin’s benefits are so numerous, I’ve written several articles to cover its activities, from radiation protection, to eye, brain, lung1 and heart health.

Importantly, astaxanthin is a very potent anti-inflammatory, making it useful for virtually any inflammatory condition, including joint problems such as rheumatoid arthritis, carpal tunnel syndrome and tennis elbow.

It’s also been shown to improve athletic performance, in part by ameliorating exercise-induced fatigue. It has broad versatility 3,4,5,6,7,8 and exceptional safety, even at extremely high doses.

What Makes Astaxanthin So Unique?

Astaxanthin is related to beta-carotene, lutein and canthaxanthin. However, its unique molecular structure makes it both more potent and unique than other carotenoids.

For example, astaxanthin has 550 times stronger antioxidant power than vitamin E, and is 6,000 times more potent than vitamin C. Other key differences that sets astaxanthin apart from other carotenoids include the following five features:

• Like other antioxidants, astaxanthin donates electrons to neutralize free radicals.

The astaxanthin also remains intact, meaning there are no chemical reactions to break it down, which is what occurs in most other antioxidants.

• Another major difference is in the number of free radicals it can handle. Most antioxidants, such as vitamins C, E and various others, can typically handle only one free radical at a time.

Astaxanthin can address multiple free radicals simultaneously, in some cases more than 19 at the same time. It does this by forming an electron cloud around the molecule. This is known as the electron dislocation resonance.

When free radicals try to steal electrons from the astaxanthin molecule, they’re simply absorbed into and neutralized by this electron cloud, all at once.

• One of astaxanthin’s most unique features is its ability to protect both water- and fat-soluble parts of the cell. Carotenoids are typically divided into water-soluble or fat-soluble, but astaxanthin belongs to an in-between group that can interface between both water and fat.

This means the astaxanthin molecule can affect and expand the biolipid membrane of ALL cells. It’s not simply floating around in your bloodstream; it actually integrates into the cellular membrane.

It also has the ability to cross the blood-brain barrier, which is part of its neuroprotective ability.

• Another key feature is that it cannot function as a pro-oxidant. Many antioxidants will act as pro-oxidants (meaning they cause rather than combat oxidation) when present in sufficient concentrations.

This is one of the reasons why you don’t want to go overboard taking too many antioxidant supplements. Astaxanthin, on the other hand, does not function as a pro-oxidant, even when present in high amounts, which makes it both safer and more beneficial.

• Astaxanthin acts on at least five different inflammation pathways, making it a very potent anti-inflammatory, and maintains balance within the system.

Astaxanthin Helps Protect Your Skin From the Inside Out

Well over 100 studies demonstrate the safety of astaxanthin, even at mega-doses as high as 500 milligrams (mg) per day. About the only side effect ever documented at higher doses is the possibility of developing a slight reddening of the skin, which most people tend to find attractive.

Astaxanthin is also very beneficial for skin health in general, as it helps protect against UV (sun) damage,9,10,11,12 increases skin elasticity, reduces fine wrinkles and improves the moisture level in the skin.

Unlike topical sun block, astaxanthin does not actually block UV rays, so it doesn’t prevent UVB from converting into vitamin D in your skin; it simply protects your skin against damage. This protective effect is so potent studies even show it helps protect against:

How Astaxanthin Benefits Your Heart and Cardiovascular System

Quite a few studies have focused on astaxanthin’s impact on heart and cardiovascular health, showing it can be extremely beneficial in this area.

For example, in one double-blind, placebo-controlled study,15 people who took 12 milligrams (mg) of astaxanthin per day for eight weeks had a 20 percent decrease in levels of C-reactive protein (CRP), which is a marker for heart disease.

CRP is essentially an indicator of systemic inflammation in your body, and lower levels tend to be associated with a reduced risk of not only heart disease but many other chronic health problems as well.

Needless to say, a 20 percent decrease in CRP in just two months is a rather dramatic reduction in disease risk, and one that few if any drugs can match.

According to Gerald Cysewski, Ph.D., a former assistant professor at the Department of Chemical Engineering at UC Santa Barbara and founder of Cyanotech, the first company to produce natural astaxanthin, studies have also shown astaxanthin protects your heart and cardiovascular system by:

The Neuroprotective Effects of Astaxanthin

More than a dozen studies also show astaxanthin protects your neurons and can slow the effects of age-related cognitive decline and psychomotor function decline.16

In one study, they found people taking either 6 or 12 mg of astaxanthin per day had significantly decreased accumulation of phospholipid hydroperoxides (PLOOH), which is a marker for dementia. It may therefore also have therapeutic benefit against Alzheimer’s.

In another double-blind, placebo-controlled study done in Japan, elderly volunteers with age-related forgetfulness improved both their cognition scores and psychomotor function/coordination after taking 12 mg of astaxanthin for 12 weeks.

A number of animal studies have even shown that astaxanthin can drastically limit the damage caused by a stroke, when consumed PRIOR to the stroke — which brings us to the issue of absorption. It takes approximately 12 to 19 hours for astaxanthin to reach its maximum level in your bloodstream. After that, it decays over a three- to six-hour period.

This means you need to take it at least one day ahead of time to ensure tissue saturation. That said, if you’re using it for, say, sun or radiation protection, your best bet is to take it consistently for a few weeks beforehand, to allow it to build up in your system.

Astaxanthin Is a Potent Protector of Vision

Many studies have also investigated astaxanthin’s effect on eye health. Some of the early work was done in France, where they confirmed that astaxanthin can cross the blood-retinal barrier, thereby providing potent anti-inflammatory protection to your eye and retina. Studies suggest it may help protect against a variety of eye-related problems, including:

Importantly, astaxanthin appears to be a potent way to both prevent and treat ARMD, which is the most common cause of blindness among the elderly. As previously reported by Life Extension Magazine:17

Glaucoma, an increase in the pressure of fluid inside the eyeball, eventually results in retinal cell death from oxidant damage and loss of blood flow. Astaxanthin restores retinal parameters to normal in eyes with experimentally-induced glaucoma.22”

Since astaxanthin is far more powerful an antioxidant than both lutein and zeaxanthin, many researchers believe it to be the most effective antioxidant ever discovered for eye health.23,24,25,26

Specifically, astaxanthin has been shown to ameliorate or prevent light-induced damage, photoreceptor cell damage, ganglion cell damage and damage to the neurons of the inner retinal layers. Astaxanthin also helps maintain appropriate eye pressure levels that are already within the normal range, and supports your eyes’ energy levels and visual acuity.

More recent studies have also delved into astaxanthin’s effects on cancer. Both in vivo and in vitro preclinical anti-tumor effects have been demonstrated in various cancer models. According to a study published in 2015, astaxanthin:27

In animal studies, astaxanthin has been shown to:28

Some of the proposed mechanisms of action include antioxidant activity, immune function enhancement and gene expression regulation. Also, as noted by Cyanotech in its “Astaxanthin and Cancer Chemoprevention” paper:29

Astaxanthin is likely one of the most useful supplements available, capable of tackling and preventing a host of health problems. It’s one I regularly take and one I would not want to be without.

If you decide to give astaxanthin a try, I recommend starting with 4 mg per day, and working your way up to about 8 mg per day — or more if you’re an athlete or suffering from chronic inflammation. Taking your astaxanthin supplement with a small amount of healthy fat, such as butter, coconut oil, TMC oil or eggs, will optimize its absorption.

Krill oil supplements also contain high quality animal-based omega-3 fat in combination with naturally-occurring astaxanthin, albeit at lower levels than what you’ll get from an astaxanthin supplement. Different krill products have varying concentrations of astaxanthin, so check your label.

We use cookies on our website to give you the most relevant experience by remembering your preferences and repeat visits. By clicking “Accept”, you consent to the use of ALL the cookies.
Do not sell my personal information.
Cookie SettingsAccept
Manage consent

This website uses cookies to improve your experience while you navigate through the website. Out of these, the cookies that are categorized as necessary are stored on your browser as they are essential for the working of basic functionalities of the website. We also use third-party cookies that help us analyze and understand how you use this website. These cookies will be stored in your browser only with your consent. You also have the option to opt-out of these cookies. But opting out of some of these cookies may affect your browsing experience.
Necessary Always Enabled
Necessary cookies are absolutely essential for the website to function properly. These cookies ensure basic functionalities and security features of the website, anonymously.
Functional
Functional cookies help to perform certain functionalities like sharing the content of the website on social media platforms, collect feedbacks, and other third-party features.
Performance
Performance cookies are used to understand and analyze the key performance indexes of the website which helps in delivering a better user experience for the visitors.
Analytics
Analytical cookies are used to understand how visitors interact with the website. These cookies help provide information on metrics the number of visitors, bounce rate, traffic source, etc.
Advertisement
Advertisement cookies are used to provide visitors with relevant ads and marketing campaigns. These cookies track visitors across websites and collect information to provide customized ads.
Others
Other uncategorized cookies are those that are being analyzed and have not been classified into a category as yet.
SAVE & ACCEPT